Will The Texas ISD M&O Property Tax Rate Be Eliminated

Texas’s Lt. Governor, Dan Patrick, and multiple Texas legislators plan to lower the Texas property tax rates by eliminating the ISD maintenance and operations property tax. This change, combined with a decrease in the cap rate, would significantly affect Texas taxes. But will it pass through the state congress or lower taxes?

What is the M&O Property Tax?

The property tax rate is the percentage at which property values are taxed. The ISD Maintenance and Operations (M&O) Tax is the portion of local property taxes that pay for the operations of schools within the district. This amount includes funding for salaries and day-to-day functions.

Why Remove the M&O Property Tax?

Texas property taxes have been on a steep, upward climb for the last five years. School district taxes are leading this increase with a jump from $30 billion in 2017 to $40 billion in 2021. The escalation of property values over the last few years has, partly, contributed to this upsurge in ISD taxes. Tax rates have a propensity to increase as values across a market rise, especially in areas, like Texas, that have no state income tax. With no plateau in sight for the rise in property values, lawmakers are considering other solutions to soften the blow to taxpayers. Removing part of the property taxes paid by Texans could provide some financial relief at the end of the year.

In 2018 and 2019, the state legislature passed bills that spent a total of $8.1 billion of state money on buying down school property taxes. There are also plans to lower the cap on how much school taxes can increase without voter approval.

Additional proposed reforms include increasing the homestead exemption from $25,000 to $40,000. This exemption is subtracted from the value of your property before the tax is evaluated.

Governor Greg Abbot has already announced his own reform package for property taxes, however, eliminating the Texas M&O property tax rate is not among them. Texas rep. Andrew Murr attempted to introduce a bill that would eliminate the tax, but it died in committee last session. However, the proposal was put on the Texas Senate’s list of interim changes, so its chance of passing is higher this time around. Still, it seems unlikely to pass in the near future. 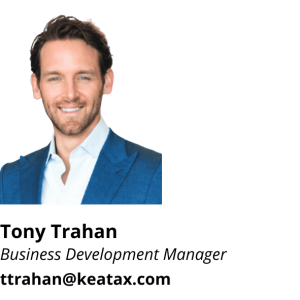